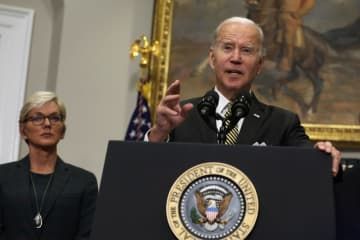 The United States will release 15 million barrels of oil from its emergency reserves and will prepare for further possible releases in the latest effort to address high energy prices, President Joe Biden said Wednesday, as inflation weighs on the country weeks ahead of the midterm elections. The 15 million barrels of oil to be sold from the U.S. Strategic Petroleum Reserve -- known as the world's largest supply of emergency crude oil -- represents the final tranche of the 180-million-barrel disbursement that was announced in March. Biden defended the move against Republican criticism that the ...
Click for full story