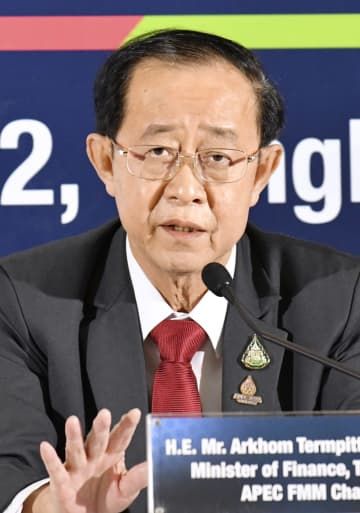 Japan, the United States and four other nations have condemned Russia's war in Ukraine in a joint release as they wrapped up a meeting of Asia-Pacific Economic Cooperation finance ministers in Bangkok. The APEC meeting Thursday ended without issuing a joint statement due to a rift among participating nations over their views on Russia's invasion of Ukraine launched in February. "We condemn in the strongest terms Russia's unprovoked war of aggression against Ukraine, including Russia's recent attacks on civilians and their illegal attempted annexation in Ukraine," said the release by the six na...
Click for full story