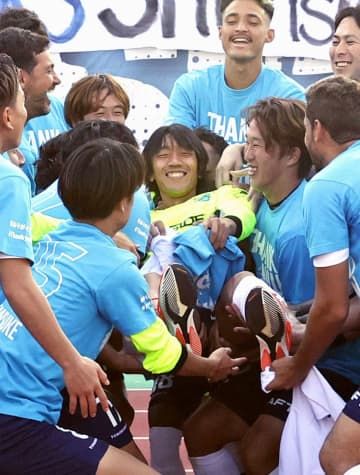 Shunsuke Nakamura made his farewell appearance before retirement on Sunday, coming off after an hour to huge applause from 20,000-plus spectators as Yokohama FC won 4-3 away to Roasso Kumamoto in the final round of the J-League second division. The 44-year-old former Japan and Celtic star wore the captain's armband as he started a match for the first time this term, becoming the second oldest player to do so in J2 behind Kazuyoshi Miura, who is active at 55 with fourth-tier Suzuka Point Getters. Nakamura's trademark left-footed free kick led to a headed effort on target from his teammate in th...
Click for full story