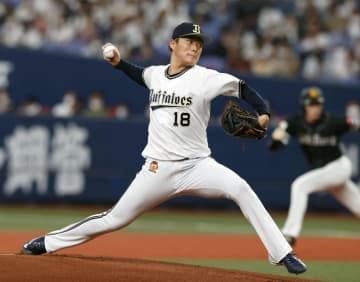 Orix Buffaloes ace Yoshinobu Yamamoto won his second straight Eiji Sawamura Award as Japan's most impressive starting pitcher of the season on Monday, becoming the sixth player in Nippon Professional Baseball history to go back-to-back and the first from the Pacific League. The right-hander led the PL in four statistical categories for the second straight year after going 15-5 with a 1.68 ERA, 205 strikeouts and a .750 winning percentage. While Yamamoto saw a slight dip in the four figures from last year, he had a no-hitter in June and gave up no more than three runs in any of his 10 starts si...
Click for full story