Baseball: Sugimoto drives in only run as Buffaloes silence Swallows 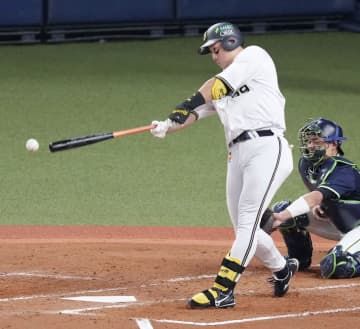 Yutaro Sugimoto singled in the game's only run, and four Orix Buffaloes pitchers combined on a six-hit shutout in the Pacific League champs' 1-0 Japan Series Game 4 win over the Central League's Yakult Swallows on Wednesday. Sugimoto, who struck out with two outs and the bases loaded in the first inning, singled home Keita Nakagawa from second with two outs in the third inning at Orix's Kyocera Dome Osaka. Orix trails two games to one in the series that goes to the first team to win four. Game 2 at Yakult's Jingu Stadium in Tokyo resulted in a 3-3 tie. The series is a rematch of last year's cl...
Click for full story