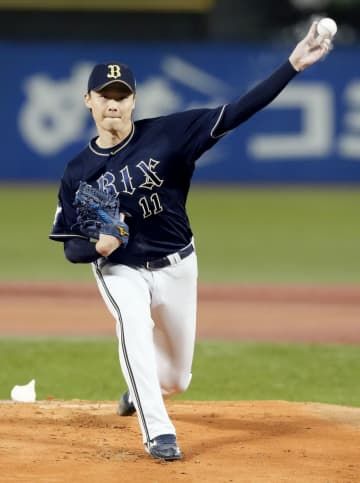 Sachiya Yamasaki and four relievers combined on a one-hit shutout to move the Orix Buffaloes to within one win of their franchise's first Japan Series title in 26 years with a 3-0 Game 6 win Saturday over the Yakult Swallows. The win at Yakult's Jingu Stadium was the Pacific League champs' third straight after losing Games 1 and 3 and tying Game 2 against the Central League champs, who beat them in six games last year. Orix can clinch in Tokyo in Sunday's Game 7, when a tie or a Swallows win will force a Game 8 here on Monday. Yamasaki worked five innings. He allowed a leadoff hit in the first...
Click for full story