Biden rallies voters a week ahead of U.S. midterms amid dim outlook 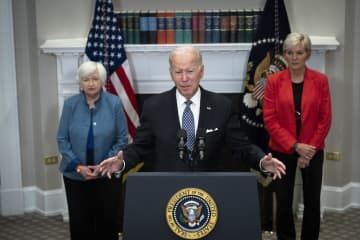 U.S. President Joe Biden on Tuesday sought to galvanize Democratic voters by painting a bleak picture of the country under a Republican majority in Congress on issues ranging from the economy, democracy to abortion rights, as prospects dim for his party a week ahead of the midterm elections. "This election is not a referendum. It's a choice. It's a choice between two vastly different visions for America," Biden said during a political event in Florida, the state where still-influential former Republican President Donald Trump resides. The midterm elections usually serve as a referendum on the ...
Click for full story