Soccer: Furuhashi focuses on Celtic after being left off Japan squad 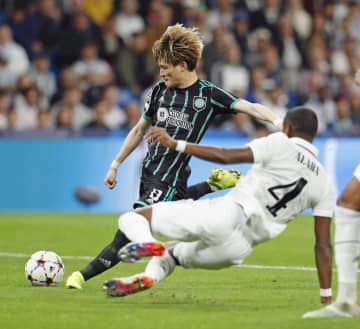 Little more than a day after his shock omission from Japan's 26-man World Cup squad, Kyogo Furuhashi was back to business for Celtic in the Champions League on Wednesday. While the 27-year-old forward was focused on his team's heavy 5-1 loss to defending champions Real Madrid at the Bernabeu, questions after the match naturally turned to one of the biggest surprises of Tuesday's Samurai Blue squad announcement. Japan manager Hajime Moriyasu was widely expected to take one of the Scottish Premiership's most prolific scorers to the Nov. 20 to Dec. 18 World Cup, but fellow attacker Daizen Maeda w...
Click for full story