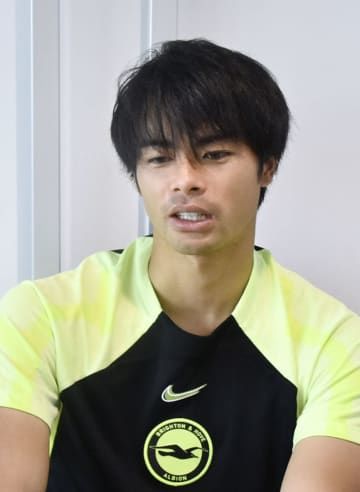 One of the hottest prospects to move from the J-League to Europe in recent years, Brighton winger Kaoru Mitoma is nearing his World Cup debut this month in Qatar. Although he was named to Japan's 26-man squad for Qatar on Tuesday, the 25-year-old feared for a time that his World Cup dream might be over before it began. He hurt his right ankle moments after his 46th-minute entry to Brighton's Oct. 14 English Premier League game but gutted it out until full time. "The pain got stronger as the game progressed, but I couldn't stop playing," Mitoma told Kyodo News recently. "I have a lot of experie...
Click for full story