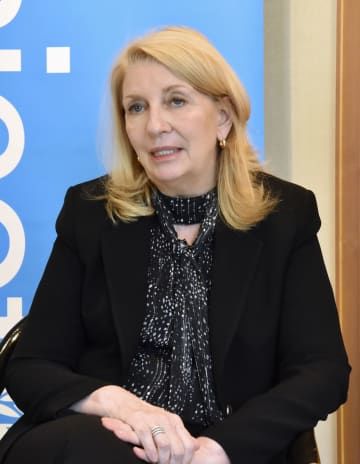 The head of the U.N. Children's Fund acknowledged Friday that the aid organization does not have access to the eastern part of Ukraine where Russia has claimed authority amid the ongoing conflict. "We know children are in need, but we can't get to them very easily. And that is disturbing," UNICEF Executive Director Catherine Russell said in an interview with Kyodo News in Tokyo. Following Russia's invasion of Ukraine in February, around 5.5 million Ukrainian children, including many who have been evacuated abroad, have been affected, according to a UNICEF report released in September. Russian ...
Click for full story