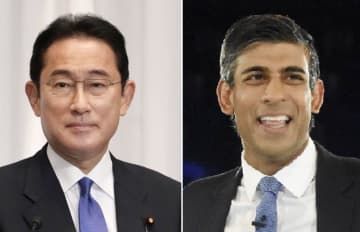 Prime Minister Fumio Kishida held phone talks with new British Prime Minister Rishi Sunak on Friday, agreeing to deepen bilateral cooperation amid concerns over Russia's war on Ukraine and increasing military activities by China and North Korea, the Japanese Foreign Ministry said. The leaders confirmed that Japan and Britain will accelerate talks for early conclusion of an agreement that would enhance interoperability and collaboration between their armed forces, as well as of a deal to jointly develop a fighter jet, according to the ministry. While underscoring that the security of Europe and...
Click for full story