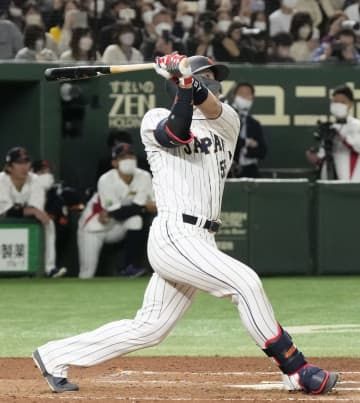 Triple Crown winner Munetaka Murakami hit one of the three home runs belted by Japan's World Baseball Classic team in its 5-4 win over the Nippon Ham Fighters in an exhibition game Saturday. Slugging catcher Tomoya Mori turned a 3-2 deficit into a 4-3 lead for Japan with a two-run homer in the fourth inning before Murakami added a solo blast into the right-field seats in the sixth at Tokyo Dome. Nippon Ham drew within a run in the eighth when Yuki Nomura had his second RBI single of the afternoon, but Taisei Ota snuffed out hopes of a comeback with a 1-2-3 ninth for Japan. Shuta Ishikawa start...
Click for full story