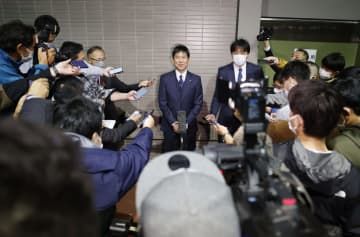 Japan manager Hajime Moriyasu and his coaching staff flew out of the country Monday in preparation for the Nov. 20 to Dec. 18 World Cup in Qatar, where they have set their sights on the Samurai Blue's best-ever result at the tournament. Speaking to the press at Narita airport near Tokyo, Moriyasu was upbeat about achieving the lofty target of a quarterfinal berth after advancing from a difficult Group E containing past champions Germany and Spain, as well as Costa Rica. "I want to return to Japan at the latest date possible," the 54-year-old Moriyasu said. Asked about replacing Huddersfield de...
Click for full story