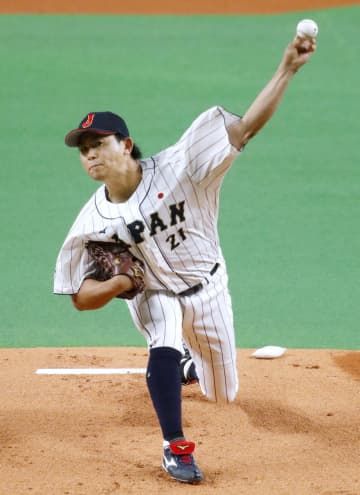 Shota Imanaga struck out 10 and Munetaka Murakami hit his fourth home run in three games for Japan's national team in an 8-1 win over Australia in their first World Baseball Classic warm-up game on Wednesday. The game was the first of two ahead of March's WBC when Japan and Australia will square off in their first-round pool at Tokyo Dome. Using the slicker WBC ball, Imanaga's fastball was electric and dominating as he allowed an unearned run on three hits over four innings at Sapporo Dome, where this year he threw a no-hitter. Japan overturned a 1-0 first-inning deficit as Murakami and Shugo ...
Click for full story