U.S., Japan, others to help Indonesia with $20 bil. climate financing 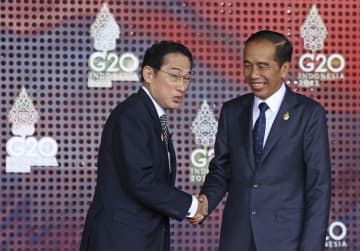 The United States, Japan and other countries on Tuesday announced a long-term energy transition partnership with Indonesia that aims to mobilize $20 billion in public and private financing to help the Southeast Asian country achieve its climate targets. Japanese Prime Minister Fumio Kishida welcomed the launch of the partnership, saying that his government hopes to help accelerate Indonesia's "realistic but ambitious transition from coal to renewable alternatives" with further private-sector engagement. The announcement was made on the sidelines of a summit of the Group of 20 major economies o...
Click for full story