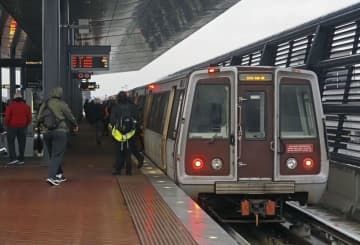 A subway extension creating a direct train link between the U.S. capital's downtown area and an international airport in the suburbs began service on Tuesday following years of construction delays. Passengers who arrive at Dulles airport can now reach Metro Center station near the White House in 53 minutes by riding trains on the extended Silver Line of the capital's Metro subway network. Six new stations, including the airport stop and two beyond it, have opened along the 18-kilometer extension. Prior to Tuesday, people relied on buses and taxis between the end of the train line and the airpo...
Click for full story