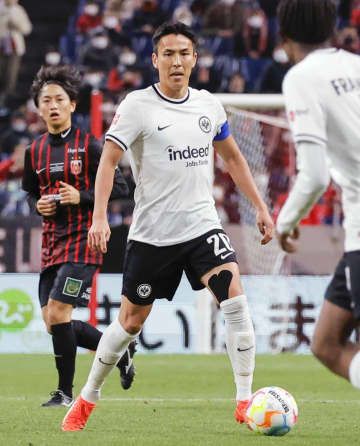 Kasper Junker powered Urawa Reds to a 4-2 win over Europa League champions Eintracht Frankfurt on Wednesday, netting twice in the opening half of their international club friendly at Saitama Stadium. The Danish forward struck in the 19th and 27th minutes against a Frankfurt outfit featuring former Urawa fan favorite Makoto Hasebe, who helped the J-League club win domestic and Asian titles before moving to the German Bundesliga. The 38-year-old former Japan captain's participation was in question due to a knee injury, but he came off the bench for the visitors in the 75th minute, receiving an o...
Click for full story