Japanese to be crew of U.S.-led Moon-orbiting space station 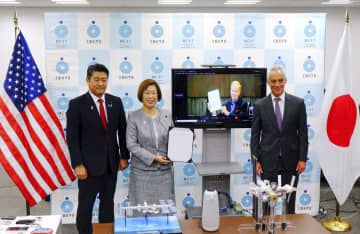 Japan and the United States signed an agreement Friday to send a Japanese astronaut to the Gateway, a lunar-orbiting space station to be built under NASA leadership, in exchange for the Asian country providing logistic transport and other support. The Japanese astronaut put on the space station under the deal will not be landing on the Moon, however. Such a possibility is to be determined through consultations in the future. Gateway is part of NASA's Artemis program, a multilateral project intended to return humans to the Moon by 2024. Keiko Nagaoka, the minister of education, culture, sports,...
Click for full story