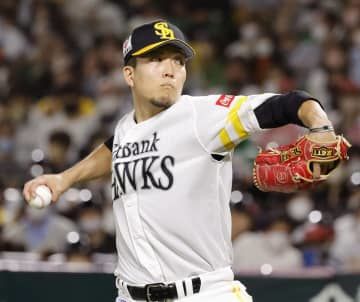 The San Diego Padres have met with highly sought Japanese pitcher Kodai Senga, sports news site The Athletic said Friday. The Senga sweepstakes appear to be heating up as Thursday's talks with the Padres in San Diego came after The Athletic reported on Senga's meeting with the New York Mets in New York. The Los Angeles Dodgers and the Los Angeles Angels are reportedly among other suitors for the free agent right-hander, who will turn 30 in January and has an 87-44 career record over 11 seasons, all with the SoftBank Hawks. Both the Padres and Mets are attempting to strengthen their starting ro...
Click for full story