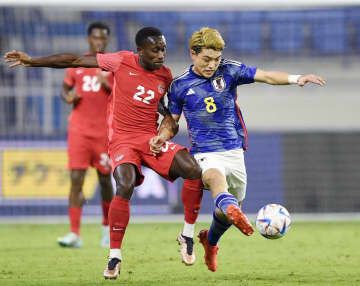 Ritsu Doan believes the intimate knowledge he and his fellow Germany-based teammates have about their first World Cup opponent gives Japan more than a puncher's chance at taking a shock victory in Qatar on Wednesday. Speaking to the media after a session at the team's training base in the Doha suburb of Al Sadd on Saturday, Doan was quick to heap praise on Germany's formidable Bayern Munich-heavy lineup but guaranteed Japan will not take a backward step against the four-time world champions. "On the German national team there are many players from Bayern and we play against Bayern so I know th...
Click for full story