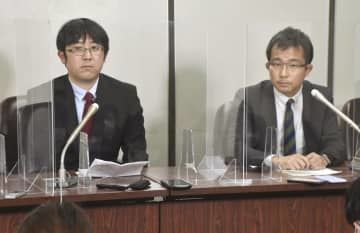 Japan's Supreme Court on Monday quashed a lower court ruling that sentenced a former deputy editor of the popular Morning comic magazine to 11 years in prison for killing his wife and sent the case back to the Tokyo High Court for retrial. Pak Jong Hyon, 47, has denied killing his wife Kanako, 38, with his defense team claiming she killed herself after becoming mentally unstable from postpartum depression. Presiding Justice Atsushi Yamaguchi said, "The case has not been fully considered." The Tokyo District Court in 2019 found Pak guilty of murder, saying he strangled his wife at their Tokyo h...
Click for full story