Soccer: Japan must "go with the flow" to beat Germany, Moriyasu says 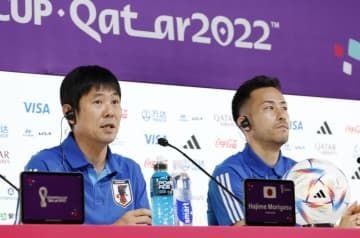 Japan manager Hajime Moriyasu said Tuesday his players will "go with the flow" and be flexible as they attempt to overcome a formidable German team in their first group game of the World Cup. Japan faces the daunting task of repelling one of the world's most dangerous attacks in the first World Cup meeting between the nations, and Moriyasu has been preaching to his squad to be "adaptable to the situation." "We would like to exert our best performance, play aggressively and with perseverance," he said. When pushed on the lineup for Wednesday's Group E opener at Khalifa International Stadium, Mo...
Click for full story