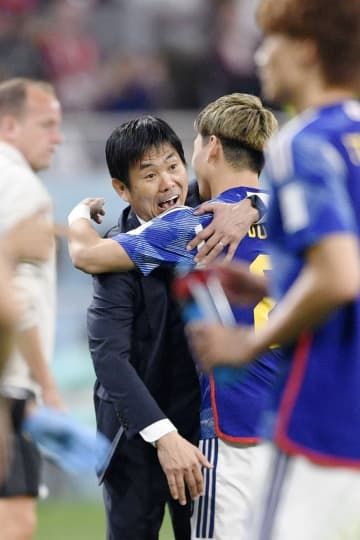 Japan manager Hajime Moriyasu called Wednesday's 2-1 win over Germany a "historic moment" made possible by his team's persistence in the face of an onslaught from the four-time champions. Speaking after their incredible come-from-behind win at the Khalifa International Stadium, Moriyasu was typically stoic but clearly proud of what Japan achieved. "This is a big win, but this is not the end, obviously," he said. "Our players were very intelligent, they were smart and played well with persistence." It was one-way traffic for the majority of the first meeting between Germany and Japan in a full ...
Click for full story