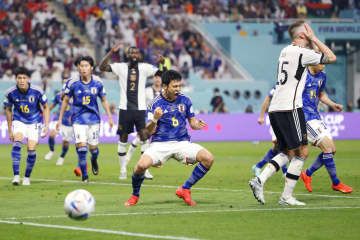 Japan's talents were unleashed during their historic World Cup win over Germany on Wednesday, with the Samurai Blue passing the ultimate test after having their backs to the wall against one of the tournament favorites. A first-half barrage from the four-time champions left Japan chasing shadows. Fans back home may have feared a heavy defeat before an incredible turn of events in which the team, and moreover their manager, cast aside old habits that sometimes yielded unwanted results. Hajime Moriyasu, whose side had almost never come from behind during his four-year-plus tenure, did exactly th...
Click for full story