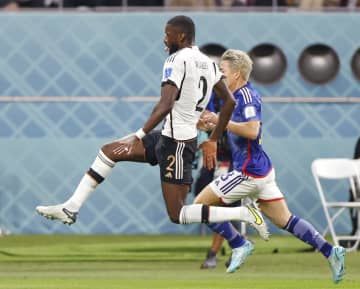 With 63 minutes played in Japan's World Cup opener against Germany on Wednesday, Antonio Ruediger high-stepped as he ushered the ball over the goal line while Takuma Asano sprinted vainly in pursuit. The Real Madrid player's showboating was a sign of the German team's confidence, and perhaps the lack of respect they had for the threat Japan had posed to that point. But 20 minutes later, it was Asano whose toes were twinkling after smashing home the winning goal for Japan. In contrast to Ruediger, Samurai Blue midfielder Daichi Kamada said he and his teammates showed too much respect and they w...
Click for full story