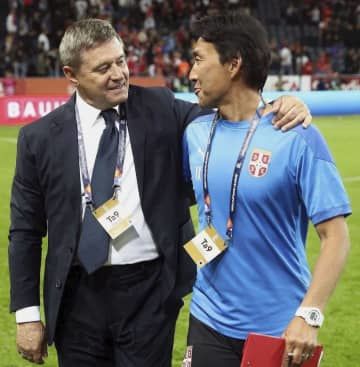 Japanese coach Katsuhito Kinoshi will be on the Serbia bench alongside manager Dragan Stojkovic when they take on World Cup favorites Brazil in their Group G opener Thursday in Qatar. The 58-year-old Kinoshi has been Stojkovic's right-hand man for more than a decade and is trusted by the star of Yugoslavia's 1990 World Cup side to draw up training plans and give tactical instructions to the Serbia squad. "We've done what we had to," said a confident Kinoshi, who won a J-League first-division title in 2010, coaching a Nagoya Grampus side managed by Stojkovic, a former star of the club. The pair...
Click for full story