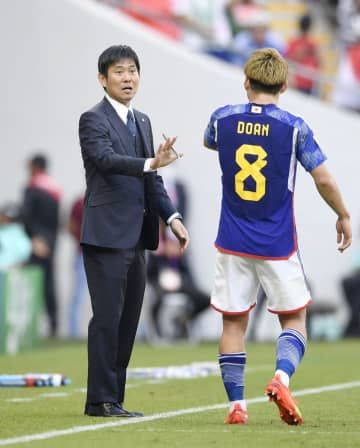 Japan manager Hajime Moriyasu banked on a risky strategy in Sunday's 1-0 loss to Costa Rica that seemingly underestimated the Central Americans and hurt his own team's hopes of progressing to the World Cup round of 16. By rotating his squad to keep players fresh for later games, Moriyasu overlooked both Japan's opponent and the incredible opportunity presented by the Samurai Blue's historic 2-1 win over Germany earlier in the tournament. Had he sent a full-strength team onto the Ahmad Bin Ali Stadium pitch to face a side reeling from their 7-0 drubbing by Spain, Moriyasu would already be plann...
Click for full story