Soccer: Moriyasu says the buck stops with him at World Cup 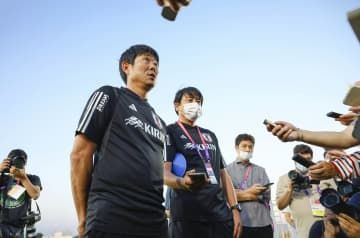 Japan manager Hajime Moriyasu on Monday stepped into the firing line for his players, telling media that he is ultimately responsible for what happens on the pitch at the World Cup in Qatar. The 54-year-old former Sanfrecce Hiroshima boss fronted up a day after Japan missed a chance to book a place in the round of 16 with a miserable 1-0 loss to Costa Rica at the Ahmed Bin Ali Stadium in Al Rayyan. "I am entirely responsible for how the players perform. I am in charge of everything for the match, including player selections, tactics, and the way the players are asked to play," he said. "It is ...
Click for full story