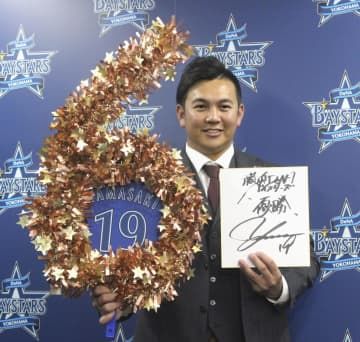 DeNA BayStars closer Yasuaki Yamasaki signed a six-year contract with the Central League club Tuesday after deciding not to seek a move to the major leagues through the posting system. The latest deal pays him an estimated 300 million yen ($2.16 million) a year, without a clause that permits him to terminate it during the six-year period. In a significant turnaround from two years of struggle, Yamasaki had a career-best 1.33 ERA while tying his career-high 37 saves in 2022 for the BayStars, who moved up to second place from last in the six-team CL standings in 2021. "I'll swing my arm hard for...
Click for full story