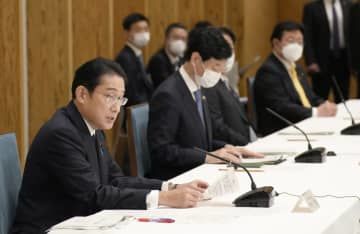 Japan said Tuesday it will aim to issue new bonds as early as next fiscal year in an attempt to boost investment in decarbonization projects and accelerate the transition to the green economy. A government draft said Japan plans to use revenue from carbon pricing, a system that requires polluters to pay when they emit carbon dioxide, to redeem the bonds. The government plans to work out a road map for the issuance in a meeting to be held in December and submit bills related to the bonds to next year's ordinary parliamentary session starting in January. Prime Minister Fumio Kishida said that to...
Click for full story