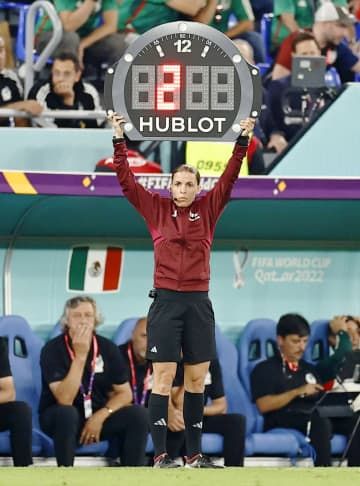 Stephanie Frappart of France will become the first woman to referee a men's World Cup game during an upcoming match between Germany and Costa Rica, FIFA said Tuesday. Frappart, who was also the first woman to referee a French Ligue 1 and UEFA Champions League game, will officiate the Group E match at the Al Bayt Stadium on Thursday. "The men's World Cup is the most important sporting competition in the world. I was the first referee in France and in Europe, so I know how to deal with it," the 38-year-old said on FIFA's official website. Woman assistant referees Neuza Back of Brazil and Karen D...
Click for full story