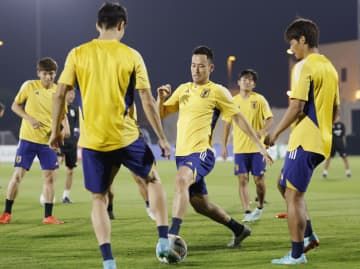 Maya Yoshida will play his 124th game for Japan when he captains his team against Spain at the World Cup on Thursday, and he says it will be the most important outing of his career. Speaking to Kyodo News at Japan's training ground in Doha a day ahead of the match that will decide Japan's 2022 World Cup future, Yoshida said it even ranks in importance above the round of 16 game against Belgium at the 2018 World Cup. "It is difficult to compare between Belgium and this time because against Belgium, everything was different," the 34-year-old defender said of the game that Japan lost 3-2 in Rosto...
Click for full story