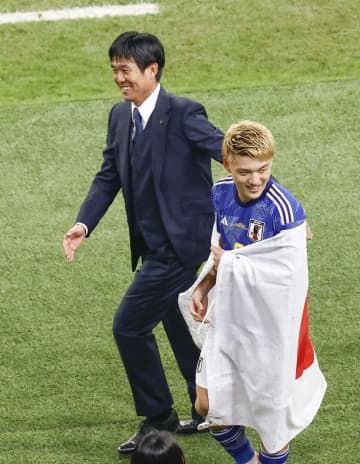 Manager Hajime Moriyasu said he had flashbacks to the infamous "Tragedy of Doha" in the final minutes of Japan's dramatic 2-1 World Cup defeat of Spain in Qatar on Thursday, but was heartened by the knowledge his players were unburdened by history. Moriyasu played in that fateful game now part of Japanese soccer folklore, a 2-2 draw with Iraq in 1993 which saw the Samurai Blue fall short of making their World Cup debut the following year on goal difference. But the youthful squad currently in Qatar carry none of the baggage that has weighed upon a generation of Japanese players and fans, the f...
Click for full story