Soccer: Japan to invoke samurai spirit to give Croatia the blues 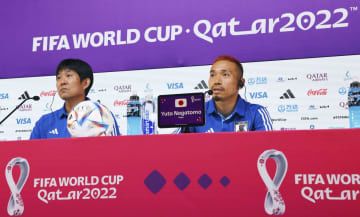 Veteran defender Yuto Nagatomo says Japan must fight with the bravery of samurai to topple Croatia and make the nation's first foray into the final eight at a World Cup. Speaking in the pre-match press conference on Sunday, a day before his team's round of 16 meeting with Croatia at Al Janoub Stadium in Al Wakrah, Nagatomo said it is time to put preparations into practice. "There are tactics that are important, but no matter how much we have improved those, if we are scared on the field then those things are useless," the 36-year-old FC Tokyo and four-time World Cup player said. "Before (samur...
Click for full story