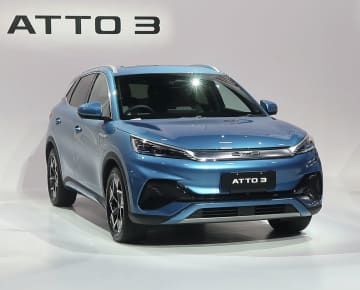 The Japanese arm of Chinese electric vehicle giant BYD Co. said Monday it will release its first passenger car for Japan in late January 2023. The "Atto 3" sport utility vehicle will retail for 4.4 million yen ($32,600) from Jan. 31, BYD Japan Co. said, with deliveries of the vehicles expected to begin around March. The firm says it will progressively roll out sales bases for the cars across the country starting late January. The Atto 3 is already available in markets including China and Australia. As of the end of October, around 140,000 units worldwide have been sold since first going on sal...
Click for full story