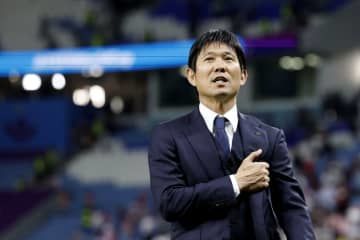 Japan's penalty shootout loss to Croatia in the round of 16 on Monday ended a World Cup campaign that was emblematic of the Samurai Blue's tumultuous journey under manager Hajime Moriyasu. A pattern of dynamic wins interspersed with deflating performances has been a feature of Moriyasu's tenure, which began with his promotion from national team assistant after helping take Akira Nishino's squad to the last 16 at the 2018 World Cup in Russia. The former Sanfrecce Hiroshima boss guided Japan to the top of Group E in Qatar with thrilling comeback wins against giants Germany and Spain before ultim...
Click for full story