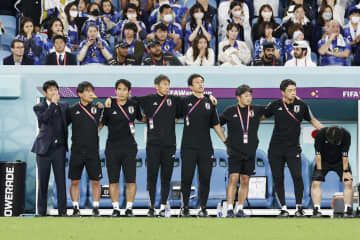 Japan manager Hajime Moriyasu said Monday he allowed his players to decide who would take penalty kicks in their shootout loss to Croatia, while praising the courage of those who stepped up. Japan were knocked out of the World Cup in the round of 16 after Takumi Minamino, Kaoru Mitoma and captain Maya Yoshida all had penalties saved by Croatian goalkeeper Dominik Livakovic at Al Janoub Stadium near Doha. Croatia, who advanced to the final of the 2018 tournament after surviving shootouts in both the round of 16 and quarterfinals, were cool under pressure. They slotted three of their four shots ...
Click for full story