Japan to earmark 5 tril. yen for long-range missiles over 5 years 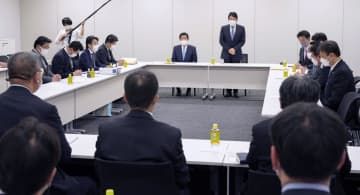 Japan is considering spending around 5 trillion yen ($37 billion) to develop and deploy long-range missiles from fiscal 2023 to 2027, government sources said Tuesday, as the nation aims to possess an enemy base strike capability to address growing security threats. The homemade "standoff missiles," capable of being launched from beyond the range of enemy fire, will be central to what the government calls a "counterstrike capability," amid China's military buildup and North Korea's repeated ballistic missile launches, according to the sources. The plan emerged a day after Prime Minister Fumio K...
Click for full story