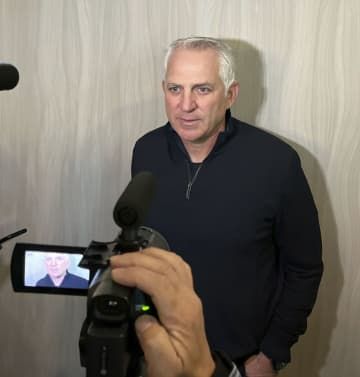 Japanese pitcher Kodai Senga, known for his dominant splitter, hopes to sign a five-to-six-year contract with a "competitive" MLB club, agent Joel Wolfe revealed Tuesday. The 29-year-old right-hander has visited six or seven cities on a recent tour of the United States and received presentations from clubs about their plans for him, according to Wolfe. Senga has an 87-44 career record over 11 seasons, all with the Fukuoka-based SoftBank Hawks of Japan's Pacific League. In 2022, he went 11-6 with a 1.94 ERA and 156 strikeouts in 144 innings. Wolfe said there is a chance Senga signs before the e...
Click for full story