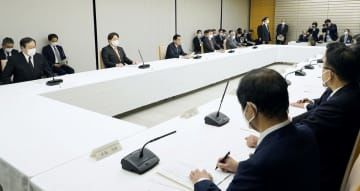 Japanese Prime Minister Fumio Kishida said Thursday the government plans to raise taxes and secure 1 trillion yen ($7.3 billion) every year from fiscal 2027, to cover a quarter of the additional funding needed to achieve a substantial increase in defense spending to cope with the severe security environment surrounding Japan. Kishida, who is aiming to boost the nation's defense spending to a combined 43 trillion yen in the next five years starting fiscal 2023, said, however, that the government will not raise income taxes given the severe economic situation surrounding households. The corporat...
Click for full story