URGENT: Baseball: Japanese slugger Murakami to be posted to MLB after 2025 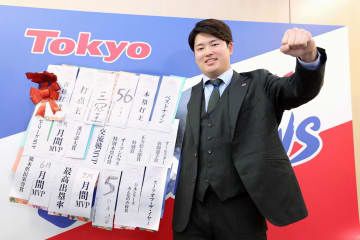 The Yakult Swallows’ record-breaking slugger Munetaka Murakami will be posted to the major leagues after the 2025 season.

The 22-year-old third baseman, who became Japan’s youngest Triple Crown winner in 2022, signed a three-year deal worth an estimated 600 million yen ($4.4 million) per year with the Central League club on Friday.