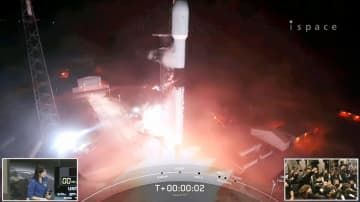 A startup aiming to be the first Japanese private company to reach the Moon launched a lunar lander Sunday aboard a rocket from a U.S. space station in Florida. Ispace Inc.'s self-developed lander, part of its Hakuto-R exploration program, is scheduled to land on the Moon around late April next year, if all goes smoothly. The first stage of the program, named after the white rabbit that, according to Japanese folklore, lives on the Moon, also aims to place a United Arab Emirates rover on the Earth's only natural satellite. The Tokyo-based startup's lander left from Cape Canaveral Space Force S...
Click for full story