China hints at easing of border controls as backpedaling nixed 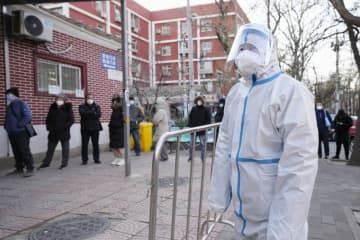 China has signaled its intention to keep easing its antivirus measures despite apparently widespread infections in major cities, with local media denying any backpedaling of the relaxation and a senior official hinting at easing border controls in the near future. Beijing Youth Daily said Tuesday the significant relaxation of the strict COVID restrictions implemented last week will not be reversed, with a smartphone app showing users' travel records abolished the same day. The app had been available nationwide and was used to restrict people's movement. The newspaper said there will be no more...
Click for full story