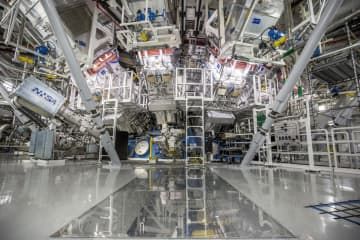 A U.S. national laboratory has achieved a major breakthrough in nuclear fusion technology by producing more energy than was used to derive it, the government said Tuesday, raising hopes for its potential as a clean power source. Fusion energy is produced when light atomic nuclei are merged to form a heavier nucleus. Fusion powers the sun, and scientists at Lawrence Livermore National Laboratory in California have sought for decades to induce fusion in a lab setting using lasers. Noting that it is the first time such a net energy gain has been achieved in a laboratory anywhere in the world, U.S...
Click for full story