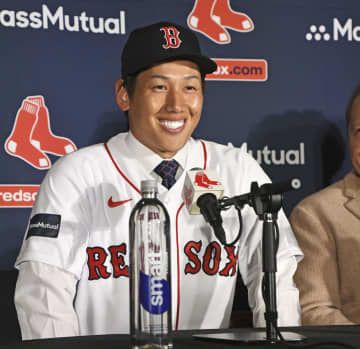 The Boston Red Sox introduced Japanese outfielder Masataka Yoshida at a press conference Thursday after signing him to a five-year, $90 million contract. The 29-year-old left-handed hitter will don the No. 7 jersey for the Red Sox, who believe he can help them return to the playoffs after finishing last in the American League East this year. While Yoshida admittedly speaks limited English, he used it for his initial introduction before turning to an interpreter for the main portion of the press conference. "I'm honored to be with Red Sox Nation," the former Orix Buffaloes star said. "I'll do m...
Click for full story