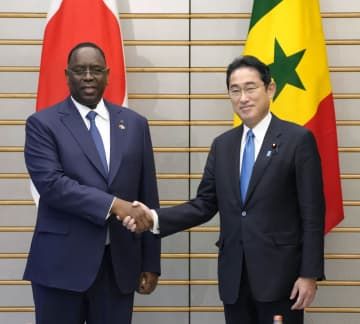 Prime Minister Fumio Kishida said Monday that Japan supports the idea of the African Union becoming a permanent member of the Group of 20 major economies after he talked with Senegalese President Macky Sall in Tokyo. Kishida's remarks came after U.S. President Joe Biden made a similar commitment last week with Washington on becoming more willing to strengthen relations with Africa amid its rivalry with China. The Senegalese president chairs the African Union this year. "In light of the expanding role of African countries in the international community in recent years, Japan has been keen to re...
Click for full story