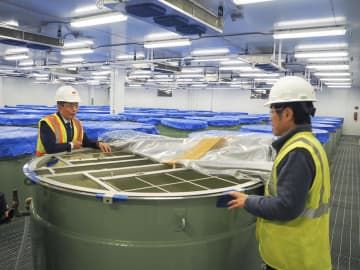 The major Japanese sake firm known for its signature product Dassai will begin brewing at a plant in New York next spring, seeking consumers in the already crowded market in the United States. As the first major Japanese company to set up a sake production facility on the U.S. east coast, Asahi Shuzo Co. is looking to promote sake as a go-to beverage served not only with Japanese foods but a variety of global cuisines. The company's CEO Kazuhiro Sakurai said its new 7 billion yen ($53 million) facility in Hyde Park, over 100 kilometers north of Manhattan, should be an outpost for his bid to de...
Click for full story