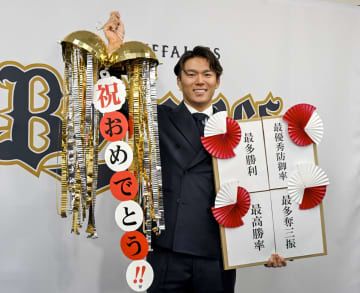 His annual pay jumped from this year’s 370 million yen after the 24-year-old right-hander won both the Pacific League MVP and Sawamura awards for the second consecutive year.

The Sawamura Award is given to Japan’s most impressive starting pitcher. On June 18, Yamamoto threw a no-hitter against the Seibu Lions.