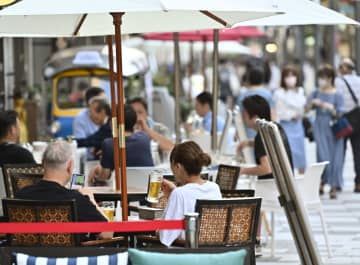 Global beer consumption in 2021 grew 4.0 percent from a year earlier for the first rise in two years, as sales at restaurants recovered following the coronavirus pandemic, according to data compiled by a major Japanese beverage company. Global consumption totaled around 185.60 million kiloliters, with China ranking top for the 19th consecutive year at 38.09 million kl, up 5.6 percent, according to data released by Kirin Holdings Co. China was followed by the United States at 24.17 million kl, up 1.1 percent, and Brazil at 14.54 million kl, up 5.0 percent, Kirin said. Japan fell to eighth from ...
Click for full story