U.S., Japan to expand cooperation on key technologies beyond chips 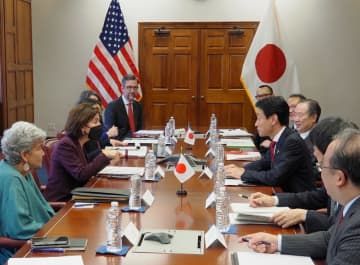 The United States and Japan have agreed to expand their cooperation on critical emerging technologies beyond semiconductors to include areas such as artificial intelligence and biotechnology, Japanese industry minister Yasutoshi Nishimura said Thursday after meeting with his U.S. counterpart.

On semiconductors, Rapidus Corp., a new Japanese government-backed company, and U.S. tech giant IBM Corp., which have partnered in developing next-generation semiconductors, also plan to work together on marketing and promoting human resources development, according to the Japanese Ministry of Economy, Tr...